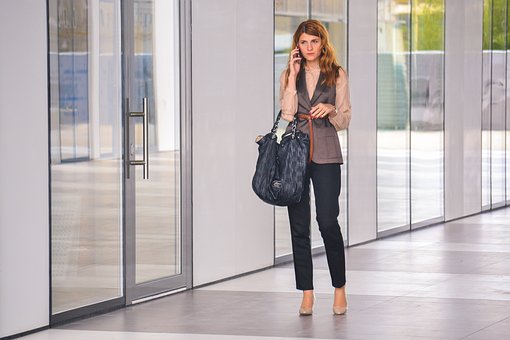 I don’t seem to understand it when a woman begins to play the roles of a man either in marriage or in courtship. Wherever roles are swapped,it becomes incomprehensible and senseless idea that a man should sit while the woman becomes the main actor.

Yes,sometimes,women are the causes. When they make themselves the boss of the house or the leader of their relationships!

Let’s say a man or a husband loses his job,should the wife take up his roles? Not necessarily. It may seem to you the situation has presented itself for it but it is not true. What the man loses is his job. Not his position as the head of the family.

A husband loses his job and his wife begins to take care of all financial budget in the bid to help her husband. She goes to the market without asking him for money.The children ask for sweet and she would warn them not to disturb their dad. If a woman becomes boss in relationship,you will see these dangers:

The man would automatically have the licence to sit and watch at home. When he gets tired of sitting at home,he would go out to join other men who play draft. Before long,he would have become an idle mind and a lazy hand! Because the woman is now the boss of the household!

A man said he loves you. And the following week she’s gone to the market and comes to the man’s house with a load of food stuff. She has taken up the task of a wife already in few weeks of their relationship. She makes sure the man has enough food on his table with her hard earned money. Many times,she buys him boxers and singlet,perfect T-shirt,shell glasses,bracelet and all that! If a woman becomes boss in relationship you would see these dangers:

The woman becomes the giver and chief provider while the man,the supposed actor in the relationship becomes the receiver. He becomes manless because his girlfriend has taken his position as the chief provider!

We have also seen another set of women that have kept our mouth afloat. They are the first to call all morning to know how their guys spent their night. At midday hours they call to check on their guys and in the evening they would still do the same. I wonder the wombs that gave birth of this kind of women. Very senseless and shameless! If woman becomes boss in the relationship,you would see these dangers:

The man begins to feel sucked and emotionless. He is deprived of the feelings and strength that men get when they are in a relationship with women. Yes,the woman lacks the joy women feel when they are in the hands of their suitors.

I used to know of a boss lady whose boyfriend is both jobless and homeless. She took him in and they lie in the same bed.She has a business outfit where she sells goods and her boyfriend is the sale’s boy who never touches money while she is the cashier that receives all monies. All the boy gets in return for his endless services is the daily bread on the table. If woman becomes the boss in relationship,you will see these dangers:

Dear boss ladies,it doesn’t make any sense being the boss your husband or boyfriend is made to be. When you take up the role of a man,you make him be a woman you are made to be. This makes no sense to me or any of my kind being the boss of your own household.

Read more here: How Can I Make myself Attracted To Men?

Learn to empower your man when he is broke. Raise him when he is down. Help him become A MAN and the boss of your household and you will enjoy what it means to be a woman!!!