NO EXCUSES FOR COMMITTING SUICIDE – 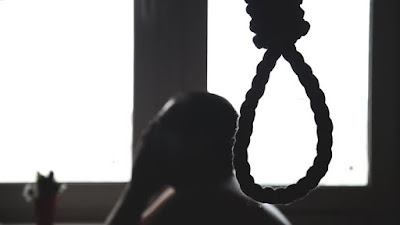 From all home and abroad researches,over 80% of suicide committers are people from black race. What are we saying? Are blacks the most frustrated humans on earth? What would ever make someone to take his or her own life in this whole wide world? Okay,we know and we understand that life in this world can be hard. It can bring tears and pains ,but it is something we all share as one,living in the same home. Needless to say however that frustration,disappointment and shame can make someone want to take his own life. However,here are the reasons why there are no excuses for committing suicide.

NO EXCUSES FOR COMMITTING SUICIDE

Let’s start with one of the reasons why people commit suicide-frustration. For example a young man,of about 25 year-old by the  name Chigozie Igwe committed suicide by hanging himself in his family home at Umuofor, Umumumo community in Ehime Mbano Local Council of Imo State.His reason? Because,he was jobless. Please ask Mr. Chigozie Igwe if he is the only person in his community who is jobless. He failed to see with his own eyes,people who do not have opportunity to  go to school let alone being employable tomorrow.

DISAPPOINTMENT : This is another reason why some commit suicide. They feel that life has failed them entirely. My dear who on this earth has never been disappointed by anything in this life? We have lost counts of marriages without children,employers losing their jobs for little or no reasons,men and women facing disappointment from their lovers,parents being disappointed by their well trained children at the end of the day,and so on. So,is there really any reason or excuses for committing suicide people’
”???

HOW CHILDREN SUFFER THE CONSEQUENCES OF FAILED RELATIONSHIPS - Previous post
SUICIDE BOMBING AND KILLING, THE MOST COWARDICE ACT IN HUMAN HISTORY Next post

How Can I Go Back To My Ex? When to return and when not to return to your ex

How can I make him to love me? How to make a man fall deeply in love with you for a life time

Can Apology Restore A Failed Relationship?

My Ex Is A Psychopath Who Hurts Me A Lot,But Why Do I Miss Him So Much? Reasons you are still missing your ex

If you love shopping, you'll love us